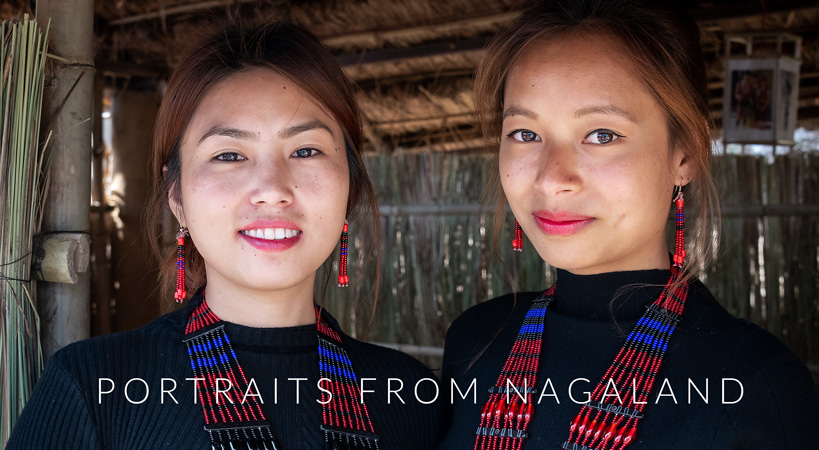 Also known as ‘The Land of Tribes‘, Nagaland has developed a striking yet mysterious image in our minds. There are about 66 Naga tribes and sub-tribes in Nagaland, its neighboring states, and Myanmar (formerly Burma). The diversity found in this region is particularly staggering due to the large number of tribes that inhabit the state. The spirit of Nagaland largely lies in its people and heritage.

The Hornbill Festival is held during the first 10 days of December at the ‘Kisama Heritage Village’ near Kohima in Nagaland. It’s a great place to have a glimpse of the different tribes of Nagaland and experience their culture. This 10-day long annual festival includes folk dances, songs performed by the warrior tribes of the state, pop artists’ performances, and more. The festival displays the local heritage, culture, handicrafts, and food, with the aim to promote the Naga heritage and culture. The zeal and enthusiasm that you’ll find here, I doubt you will notice elsewhere.

The serene and welcoming demeanor of the tribes at the festival is contrasted by their reputation for head-hunting (the practice of which is now abolished). Almost all the tribes are famous for their rigid code of conduct and tribal traditions. The tribes of Nagaland take great pride in their identity. The way they dress, carry themselves, and even their traditional dance screams of a distinctive style, which most of us, unfortunately, are unaware of.

The Nagas specifically are regarded for portraying their lineage through their attire. The Naga men wear beautiful headgear. Each tribe has a distinct attire that helps distinguish one from the other, and also the gear and clothing they wear indicate the person’s social status. Some of the names of the tribes that I could recall from my interactions are Ao, Angami, Chakhesang, Chang, Kachari, Lotha, Konyak, Kuki, Phom, Rengma, Sangtam, Sumi, and Zeliang.

The tribals who come together at the festival to showcase their heritage, culture, and traditions come from various walks of life and go back to being the students, teachers, artists, professionals etc, i.e. leading their normal lives at the end of the festival. This festival for them, is an opportunity to showcase their culture and heritage to the world, and they take great pride in being part of it.

Festivals are always a great place to capture portraits, the Hornbill festival is undoubtedly the place to be if one would like to photograph the Naga tribes dressed in their traditional attire with rich hues, unique headgear, and splendid jewelry.

I am sharing here some of the portraits of these wonderful people I captured. All pics were taken in natural light on a Nikon D850, Nikor 50mm & Nikor 28-300mm. 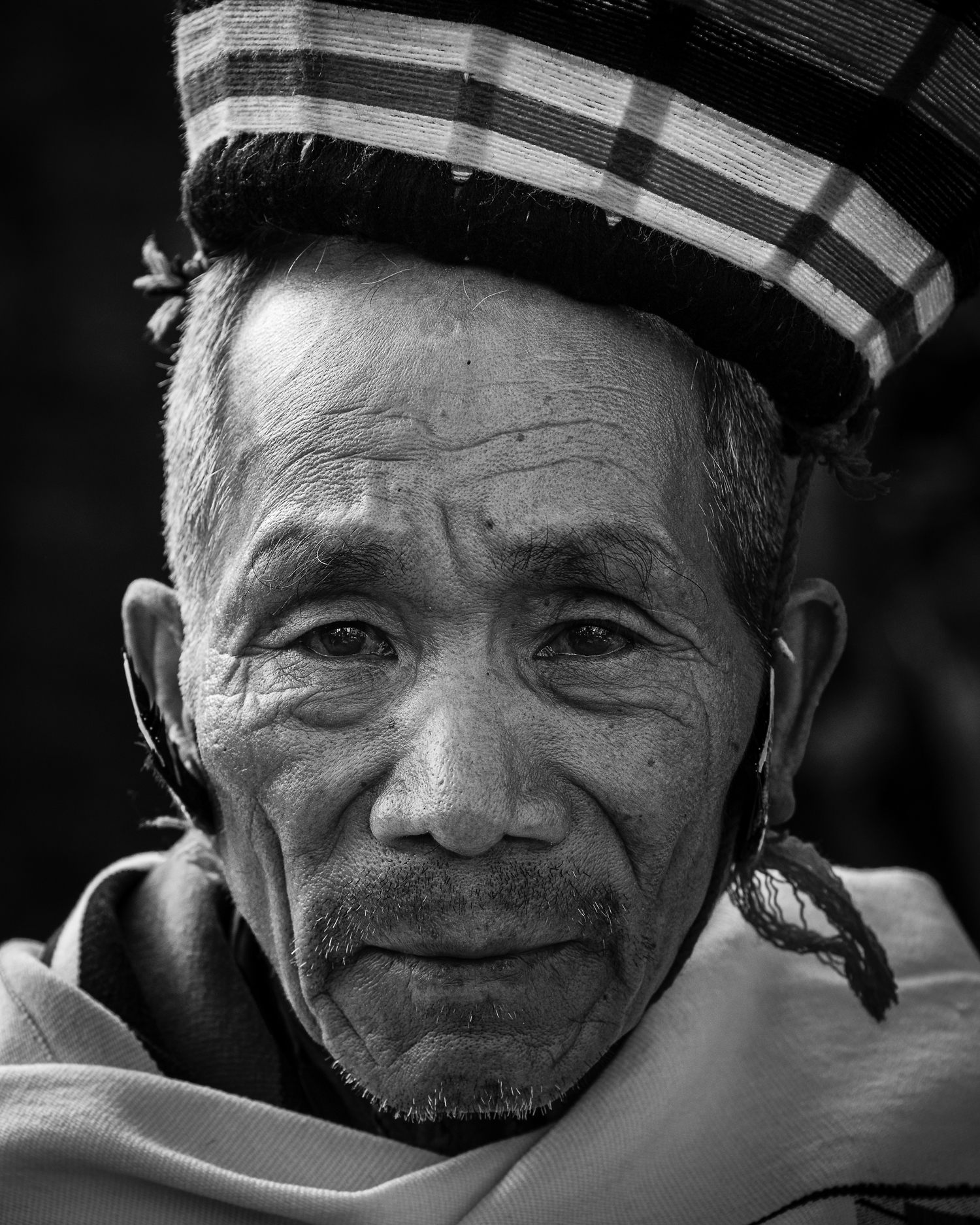 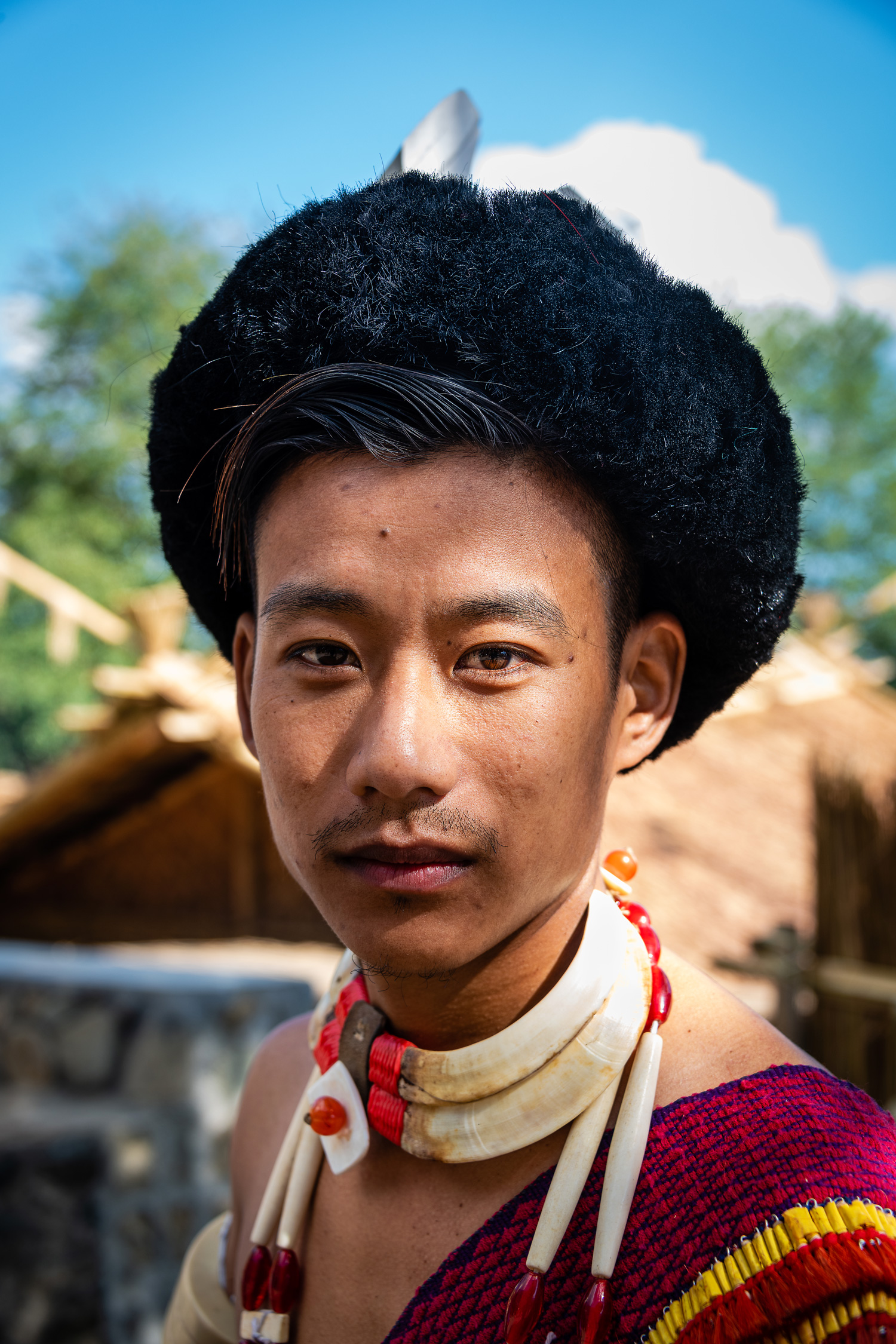 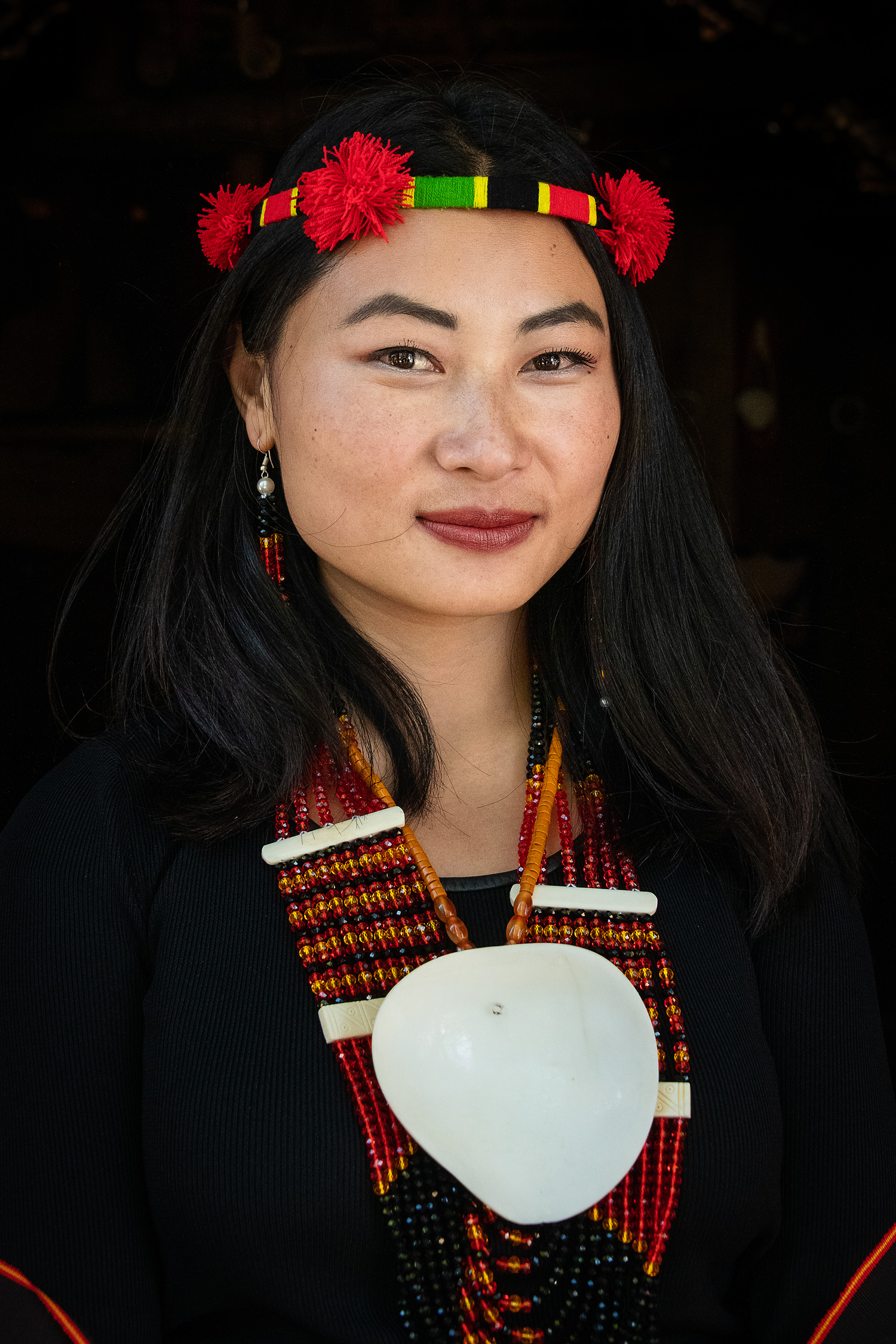 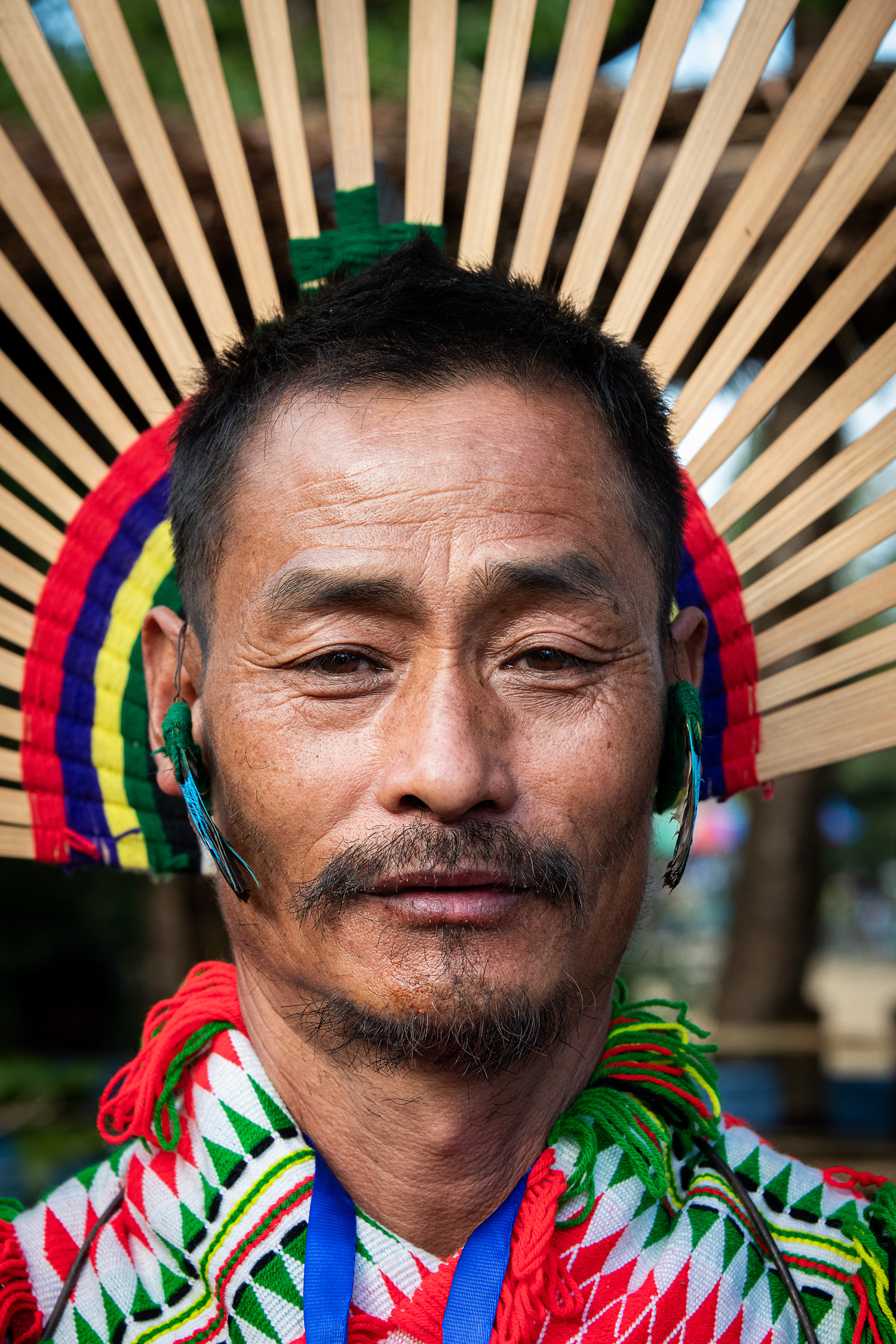 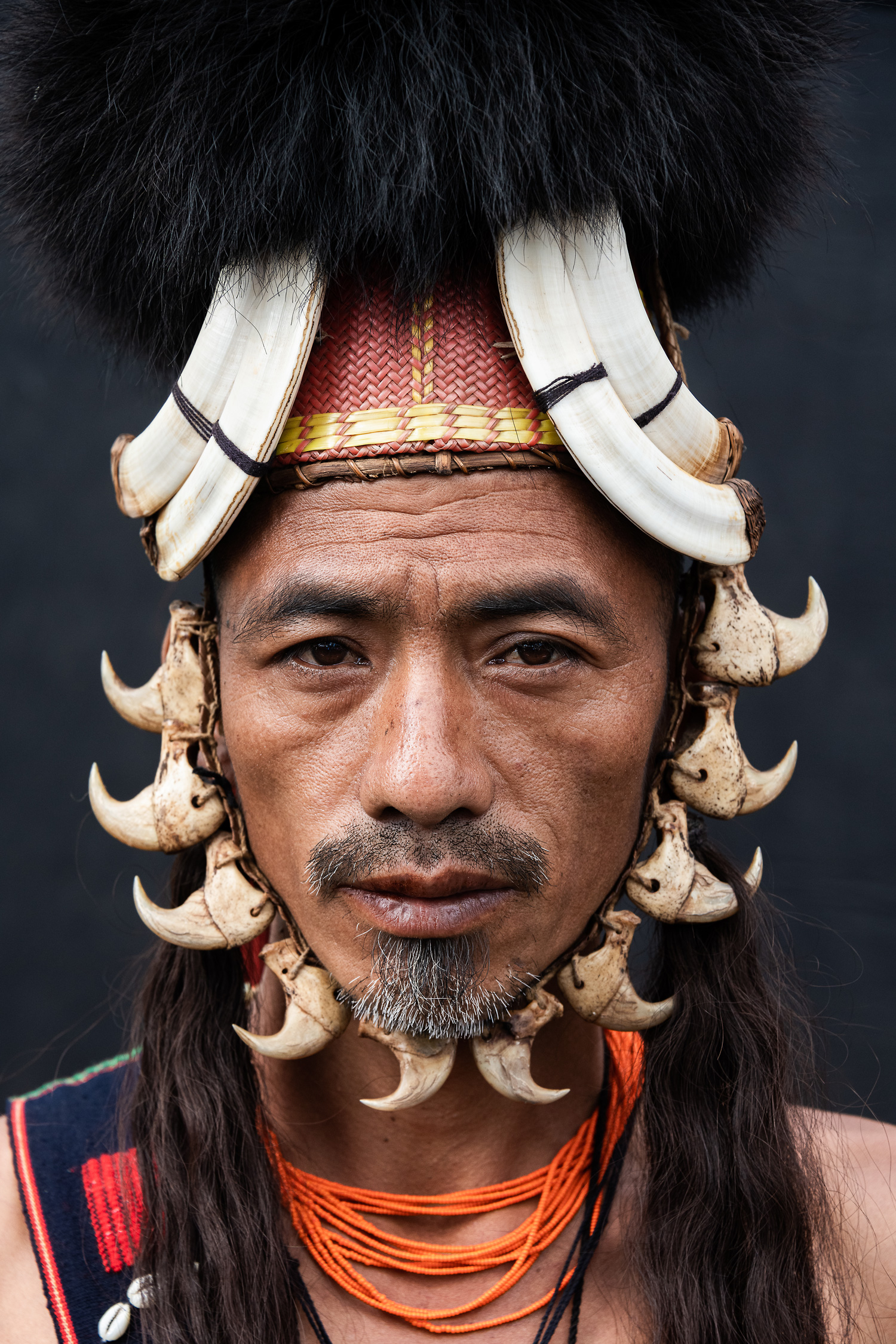 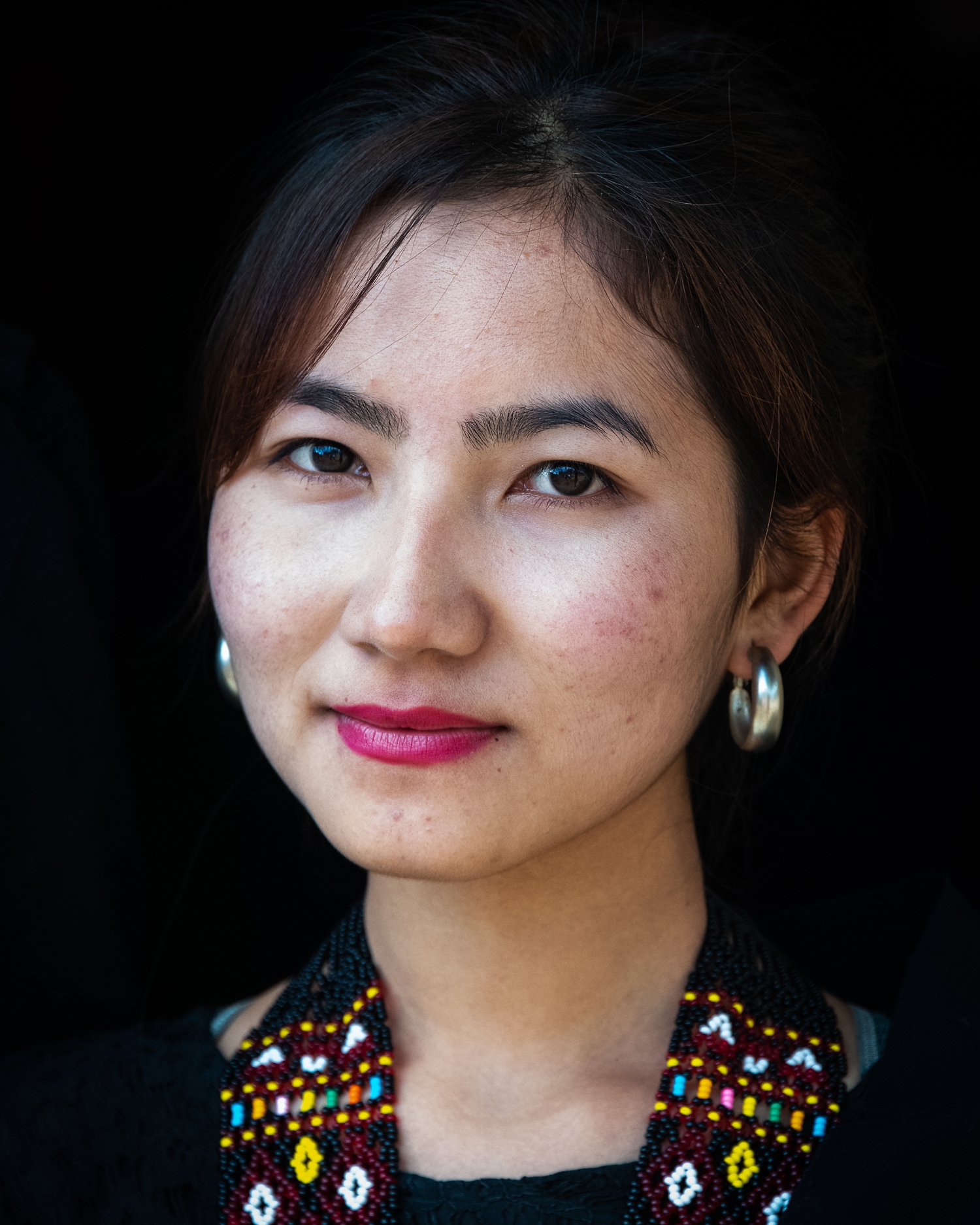 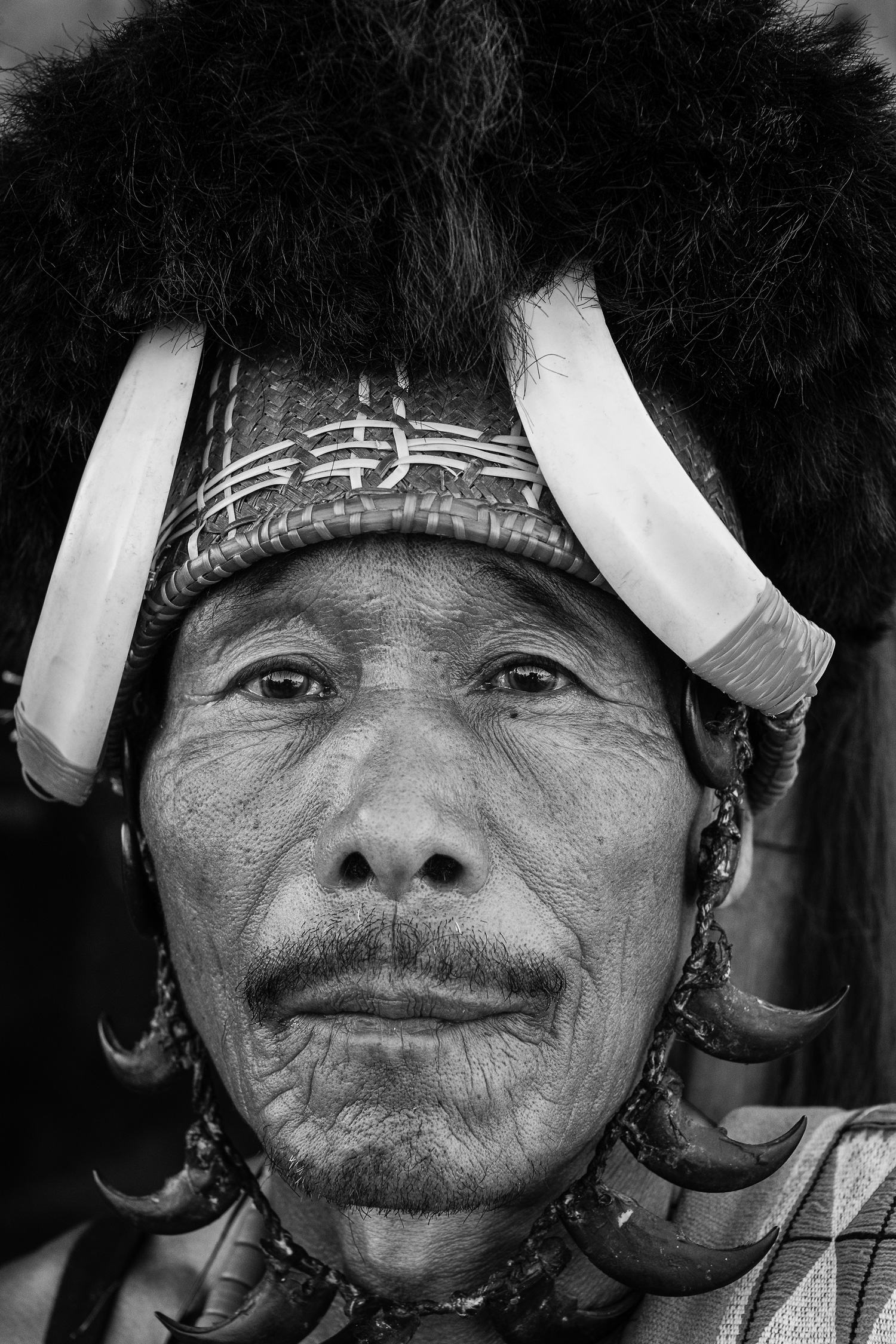 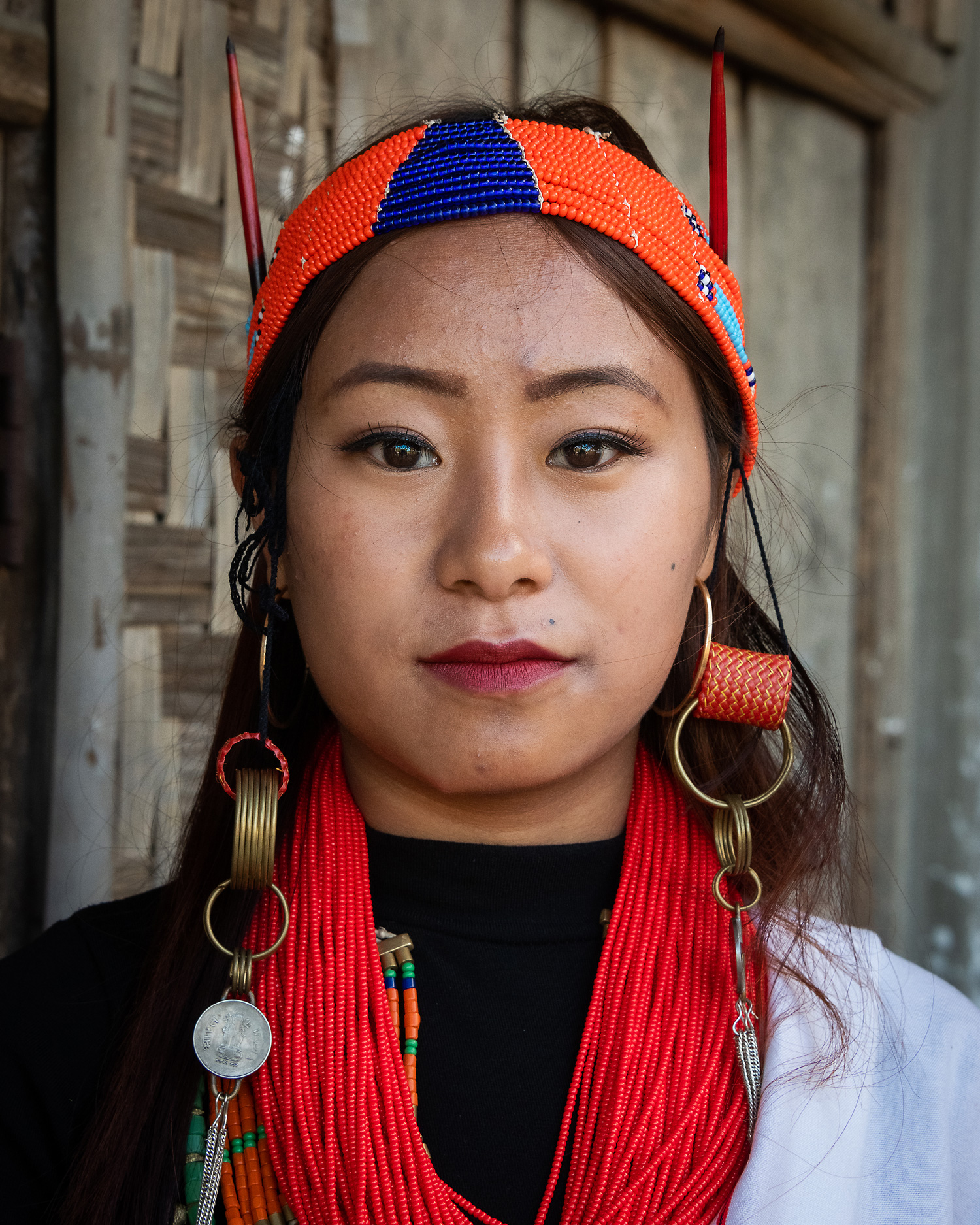 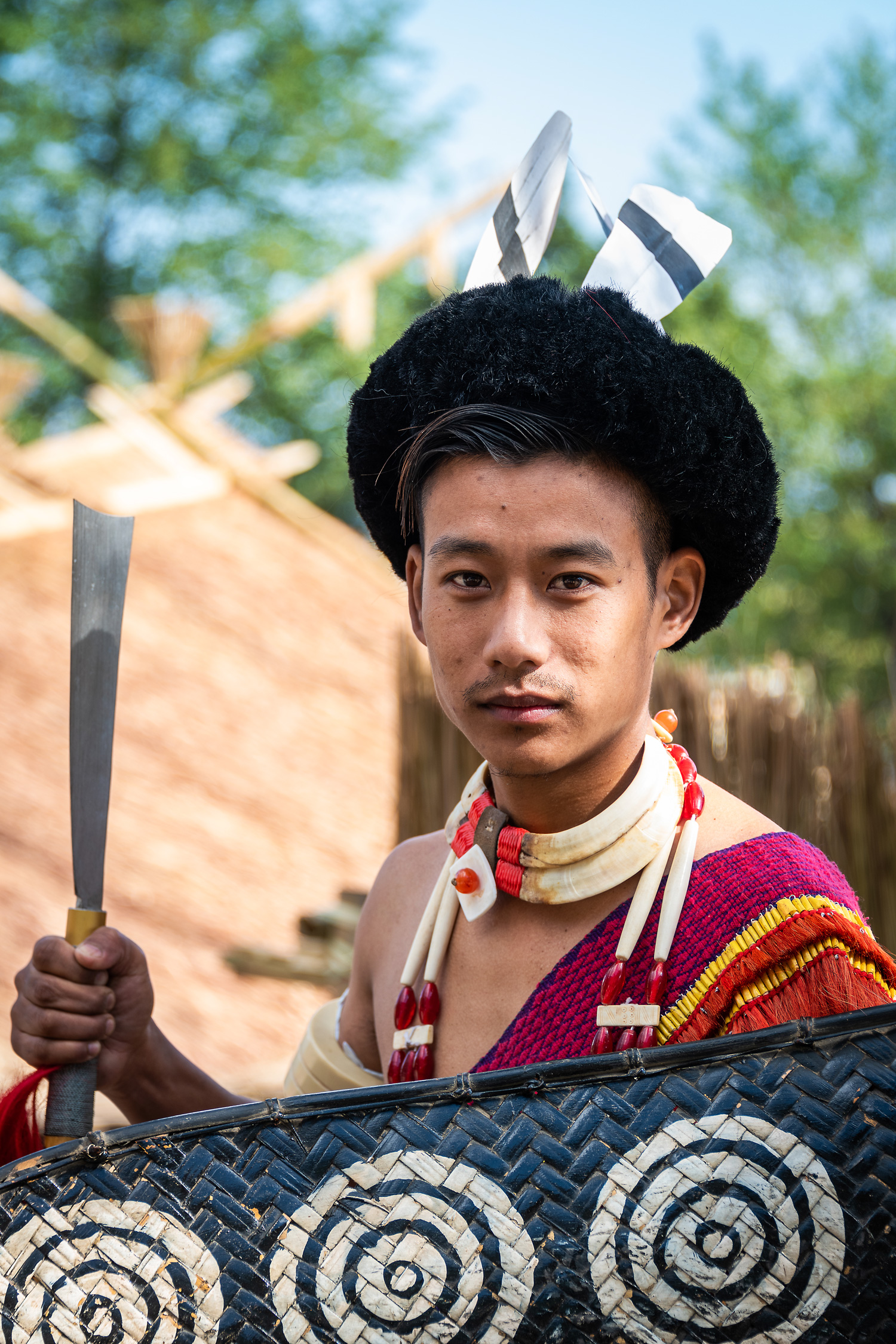 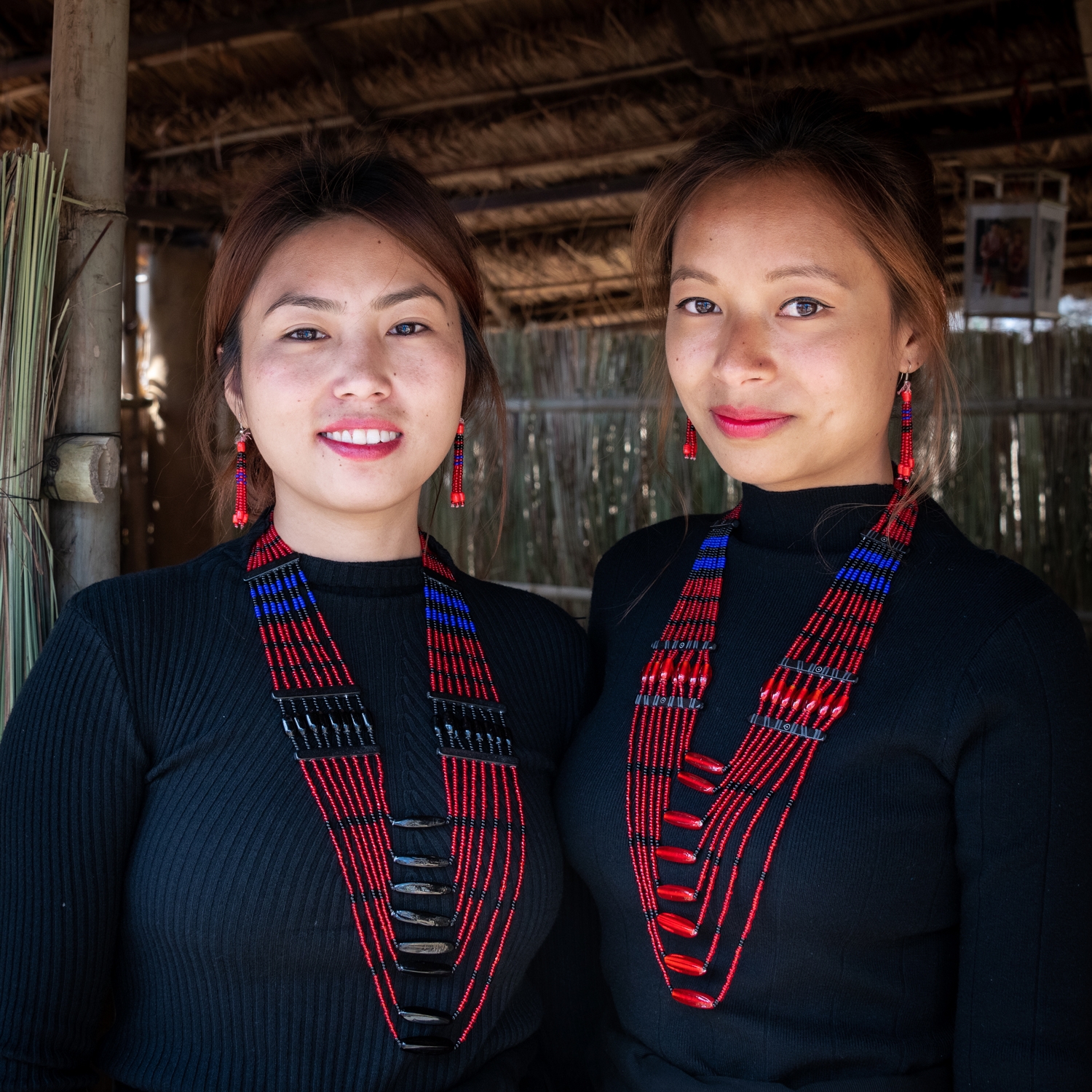